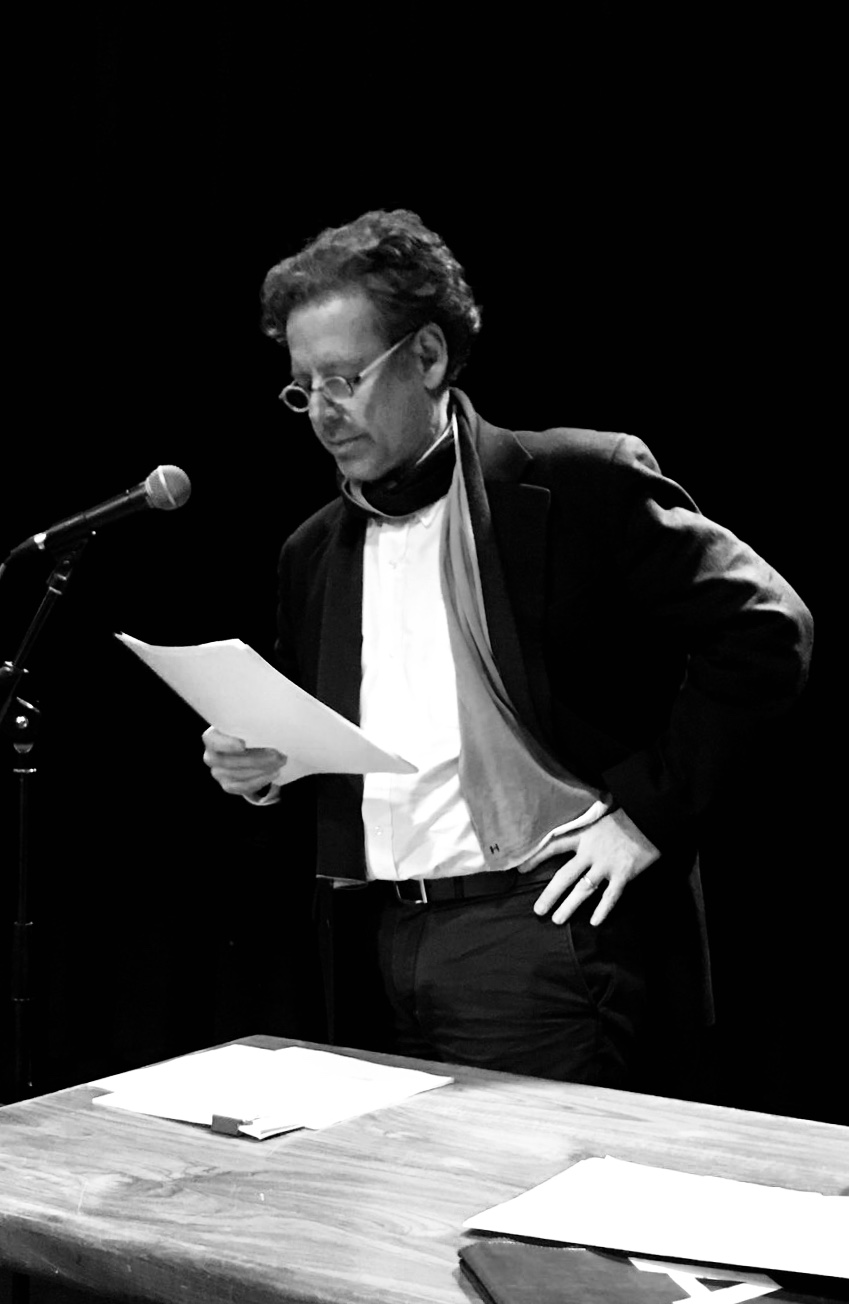 William Fuller's book 'Daybreak' will be published by Flood Editions in 2020.

This day is like a new arrival recognized from before as what abides here and never leaves but plants itself in one place, talks about everything being talked about with an intensity clutched up inside at arm’s length along a perimeter where attention fails to focus on any one thing as it takes flight into a morning of steam and staggering footsteps moving slowly to the east, then brushes by itself going the opposite way, unconcerned by the flesh of fact, whose influence turns out to be more prominent than we had thought, if only for right now, while we wait for someone to show up and tell us where to go next as well as how both halves of the house are doing, and should they be told they’re doing it all wrong by concentrating on the task and the steps it takes to complete it and not on the penumbra of feelings that has descended on them like a weird mist, or has launched itself into their eyes in such a way that they can’t observe it, or if they could they would mistake it for a quiet room full of empty space where certain attitudes are present that might defuse all this negativity and give proper acknowledgment to those deserving it, with gestures that don’t always go awry or stand there looking in the wrong direction when the wave hits. What is it, beautifully, that you see? Rivers washing the sky.

At daybreak one saw receptacles from the day before and in those receptacles lay strings of associations about to disappear. Over and over people got up to leave. There was a constant humming or swinging of doors then everyone would linger in the hiss. This happened almost every day and it seemed absurd. It was someone’s whole world carried on someone else’s back. And you needed time to get clear of it. There were those who wore haloes of lights that flicked on and off as they turned this way and that. They had built floors for large machines wherever they were. They had built weird towers with heavy wooden steps climbing up to nothing. Some days clouds would swallow the sky and the path became lined with polyp-like jewels shaking from the inside, hundreds. One closed one’s eyes to see them. Inside each there was room to extend yourself thinly yet broadly, spreading out in a way that encouraged recuperation but also put you at odds with meaning. For these were always damp and limp and inched along over hard ground. But somehow out of them rose entities to be reckoned with, dark blue overhead looking down with eyes emanating soft red light suggestive of infinite changeability, turning legs and arms into snakes or other creatures at every street corner. Their cries gave a shock, compressing life into a few sharp points soon dissolved by others’ presumptive horizons. We were all talking about them––were they somewhere above or behind that ridge and the sound of bells in clear air breaking in, too much to contemplate directly or not enough to parse according to collective experience which was ineffective in determining what they were up to, which they themselves didn’t know but acted like they did? Strange these thoughts whether thinking them or watching others do so, perched. Whether the train looping around the parking lot, or people wearing yellow hats and so on. Up here all is covered by a thin fabric, nearly transparent, as broad as the moon. And in the waning hours you shut everything out to concentrate on one stray detail, hoping to pull from it some fact on which to base a new spirit built from smoke and mist and cloud, that staggers upright then just goes a-walking. You stand apart near a bird like a nuthatch or creeper barely signaling what’s going on in late January. Things get twisted around, eyes shoot up arches while breath bleeds inside so-called purer forms. Once in a while you try to coax out what’s been hiding in the woods. Cases like this are bound to fascinate or at least inspire discussion about from whence one’s authority flows, the tax consequences, disclosure requirements, the material contents and elements from which they arise. Are these finally the objects themselves, reached by distant ladders, from moment to moment ceasing and coming to be with retrograde movements performed by a single agent behind a single door? You’re gonna tell me experience was given to a sick person to burn. The dignity of that practice was lifted up and carried to a small mountainous region near Greece. There mortification was superseded by begging, and what is called the nectar of human decency was forever aflame in the normal course of events how beautiful. Then one night we held ourselves to the narrowest train of thought as it crossed a dark field, its light bearing down on us. Start again. If without lifting a finger we could move the entire place and its multiplicity of goods, including sixty-four thousand sounds, into a convenient abyss or chasm, there would be no incentive not to do so if only to stimulate one’s glands. Slightly north, at the entrance to Il Ghetto, components once belonging to sensation had set out on their own to create new blends that they aged in glue pots under a ledge. We paused to watch, astonished to feel everything tensing up inside. Do we live in some elongated spheroid? Maybe an aspect, I don’t know, of some entity of which we are a part? One explains that this is who we are, this is what we do, we have no other purpose or goal than this, our lives consist in this, hunched over a shadow held out at arm’s length, and remembering a pale sky from long ago in which there was nothing to be gained by looking up into it, into transparent uninterrupted thought as it flees down some corridor where everything is clearly distinguished but nothing can be identified, save for one long black table around which four “deliciously appalling’’ concepts sit. From here they look like skeletons with loose-fitting bones. Their electric ecstasies slide from brain to brain, along the delicate iron shelves of the helical upward path. They ride home in yellow moonlight, on a frozen chain of foaming fire. And behind them sits the perfect order of death in higher dignity of inner evidence. See then how the same thing applies to life. We make a new beginning, only to become aware, by damping of sound, that a partition is being interposed, and that the head once full of light is closing its eyes for the last time.

In the front car people wrap themselves around each other with real aggression, until no one can yank them apart. Knowledge is less secure when days are flung off on the way to somewhere else. And right now something happens I can’t account for. It leans its head against me, seeking guidance or awaiting word that all this shapelessness can be resolved to a simple quantum, so to start again with a clean approach and clear standards, pushing aside quirks, to mark out an exact point on the skin of each phrase.

The purpose of this chapter is to familiarize us with key terms and how they apply. Through them we come to know the thing, what’s held inside the thing, and who benefits from their combination. This knowledge is so unlike the knowledge of stalks in winter, their elegiac whimpering, or of earth rising up to your shoe-tops––which correlates with consternation and grievous, though temporary, affliction––that we shut our books and stare at it. Whenever such terms fight for space we should listen to what they have to say. Often their uses are far from clear, but without them how could we conceive of what we lack? If they mystify at first, we slowly come to learn that there’s something precious they pursue, over the mountaintops of thought, still warm from the secret of its birth. And with great conceptual industry we begin to rethink our former views, convincing ourselves that if the means by which we achieve what we desire are flawed or false, the sights they evoke might still be real enough, and could be perfect, the foretaste of a state that flutters through all prior states, bringing them to a close.