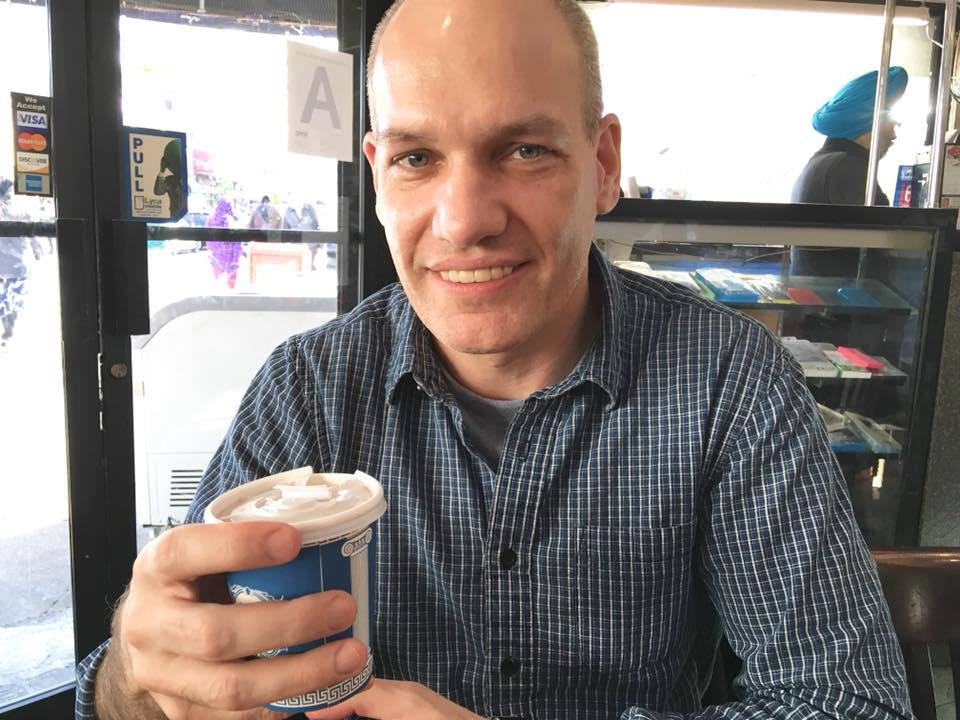 Matt Turner's writings can be found in Seedings, Hyperallergic Weekend, Los Angeles Review of Books China Channel and Bookforum, and he has translated or co-translated Lu Xun, Chan Chi Tak, Yan Jun and Hu Jiujiu. He also edited the prose selection for the March 2018 issue of Cha. He lives in New York City.

It was Friday
when I took the MetroNorth
to the Botanical Garden
(I have Fridays off)
I have a membership
that is due again
but I haven’t received a paycheck yet
so, technically, I’m broke
at the moment

But taking advantage
of a final uncharged entry
I went only to the conservatory
(the rest of the park
well, I’d seen it too often
I knew it like my face)
And as I walked in
I knew I’d be on camera
so was very self-conscious
until the bloom
which happened almost instantaneously, began
and the attendant staff
and visitors
all grimaced, and some laughed
it really did smell terrible
and the flower was huge and great

you’re a black sun rises through the rays
you’re an iron candy woods
you’re a mountainous exterior & the mons venus &
you’re in Beijing with a few stained poems
you’re a cat’s paw in mouth, a viper in mouth
you’re “掙眼看，乾坤覆載，一幅大春宮” where
you’re resembles plein air
you’re the dull lodge pine & the sweet scents en arriviste
you’re the Pandava’s insides-outsides talk & the eyes are Joan’s
you’re a New York of windows that Ledas the reflection